McKenzie Elizabeth came into our lives on a hot late June day. She had been taken from her mom at a very young age.  We took her home at 6 weeks of age. None of the pups had fresh water or food available. We took Kenzie and my sisters friend took in the rest of the pups and found them good homes. 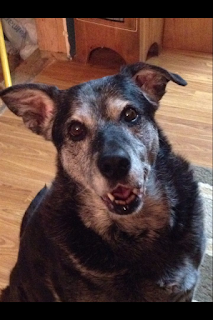 This sweet lil girl was born on May 24, 2001..which was also the hunky hubbys golden birthday. 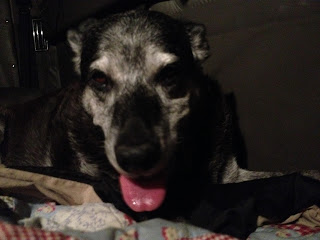 At a couple years of age she was diagnosed with hip diplasia.  She never ever let it slow her own. She traveled the 48 continental United States and several Providences in Canada. She sure enjoyed being a trucking pup. 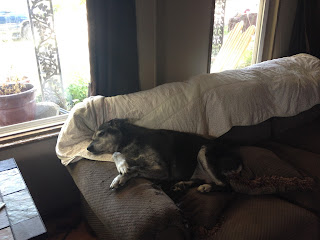 Within the past year we had to finally put her on medication for her hips. Her health was going downhill and she was hurting...I am devestated to report that on October 9th, 2015 we took McKenzie to the veterinarian and held her as she crossed the Rainbow Bridge. I'm at loss for words. We lost three of our furbabies this year...Arizona on 2/18/15 from cancer, Brayden on 7/18/15 from old age and his body just shut down & now Kenzie...It's hard to wrap my head and heart around this. It hurts.

Oh my goodness, you poor dear! Your pups had a glorious life and were loved so very much. They are a part of you, and since you share your zest and joy for life so readily, you spread their love, too. Much love, my friend.

Thanks for sharing this amazing article, it is very informative post good work keep it up. ffox8live.com umbrella giveaway

Here are the strategies you need to know for a chance at winning these annual Shop Play win Monopoly.

Enter the History Channel The Lost Corvettes Giveaway 2020 from the lost corvettes.com for your chance to win 1 of the (36) Chevrolet Corvette Cars.


Visit www.freshco.com and participate in the freshco customer survey to provide your feedback regarding its product and service and win Validation code.

You Can Find Faridabad Local Business Directory and Submit your business in our site.

680 News Weather Guarantee Contest. is giving to chance to Win $1000 Jackpot. To enter the sweepstakes.