Times, they are a changin'

In December 2013 we went to our local animal shelter and adopted this senior sweetie that we named Isabella Jewels.  She showed up in a persons back yard during an ice storm.  She was frostbitten and very thin and scared.  She showed us more love in the almost 3 months we had her than one could ever imagine.  She crossed the Rainbow Bridge on February 27th, 2014. 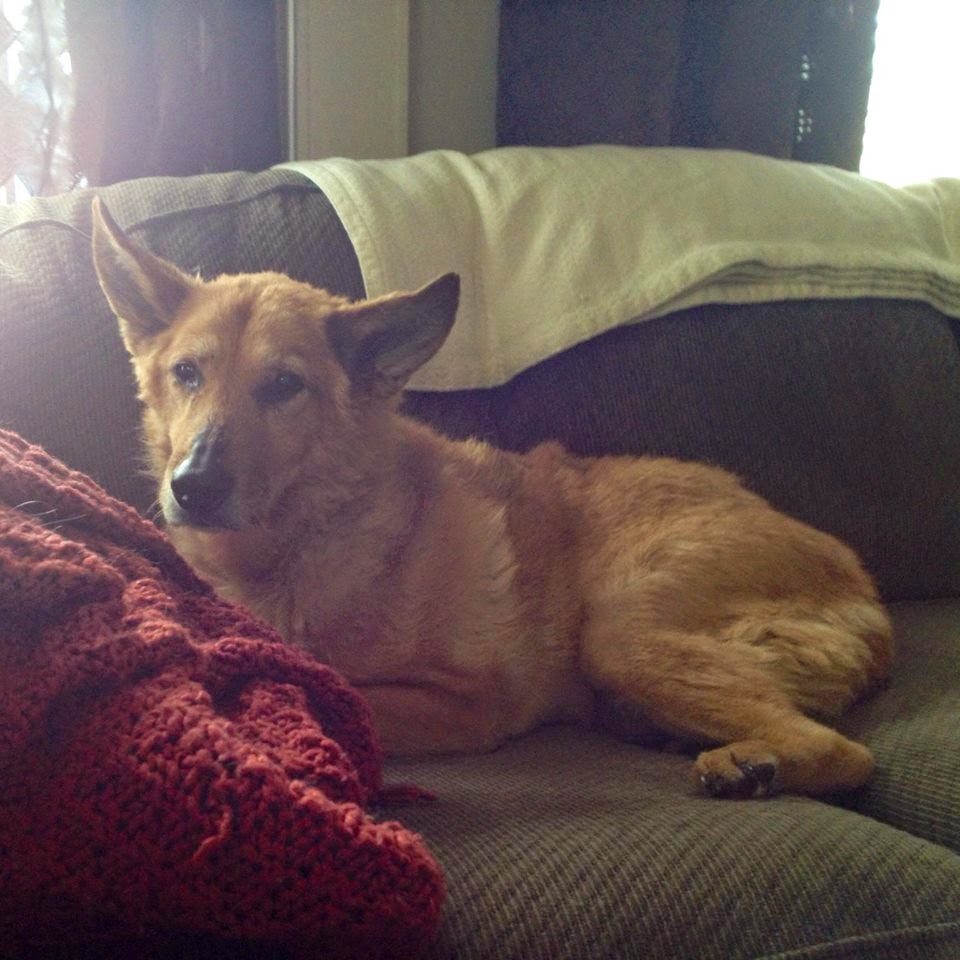 Also, On February 27th , 2014 we had to say goodbye to our sweet Allison Jeanne.  She crossed the Rainbow Bridge minutes before Isabella.  She was 12yrs old.  Twelve years was not enough time with our lil silly girl. 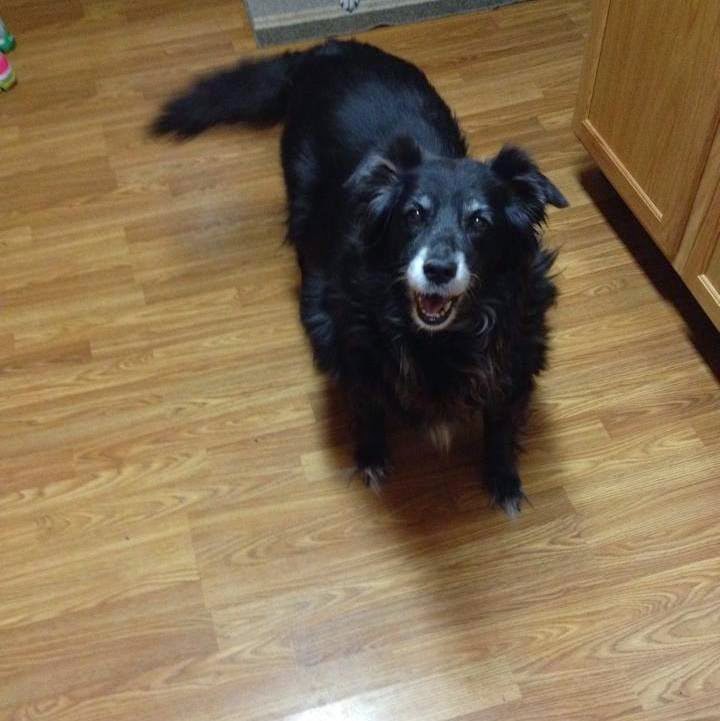 On the same day that we said goodbye to our Isabella and Allison, we were contacted by my cousin about a doggy that needed a home.  We knew it was too soon...but, all weekend long we couldn't stop thinking of this little 1yr old pup that needed us.  We loaded Brayden, McKenzie & Arizona into the Yukon and headed to the local animal shelter to meet miss Zoey Marie.  Within minutes, we had ourselves a sweet little girl.  Our hearts were filled with joy.  However, Zoey became very aggressive toward the other pups as time went on and we had to rehome her. She left our home December 2014. She is doing absolutely amazing and is spoiled rotten.  The lil stinker just needs one on one attention. 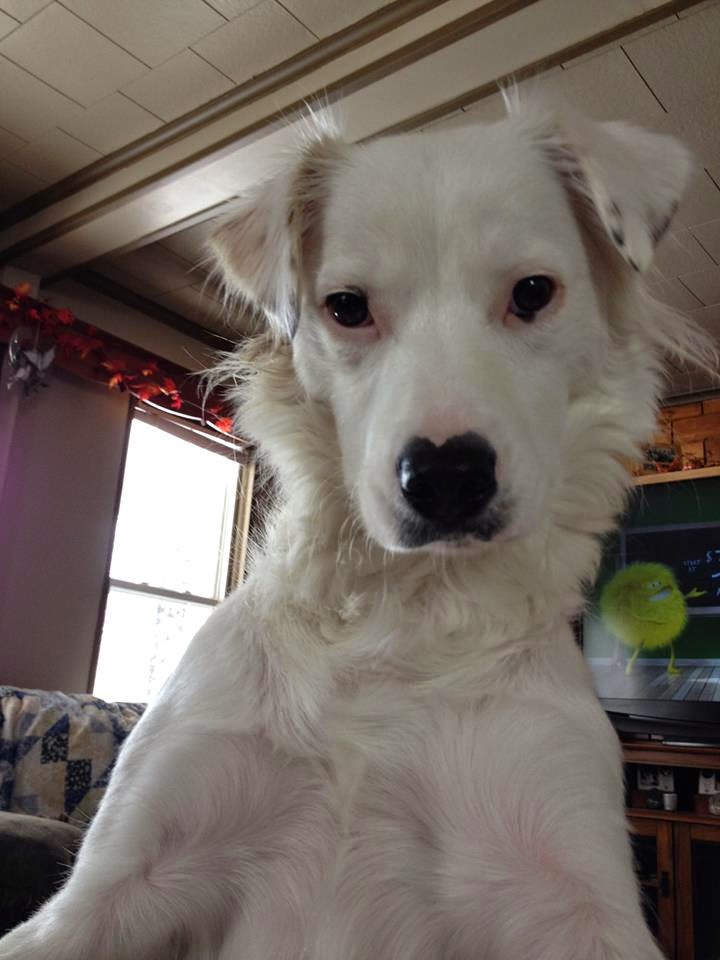 Our house was far too quiet and the morbid part in us knew we needed to plan for the future.  Our oldest pup Brayden is turning 15 in November and McKenzie will be 14 in May & Arizona would be turning 7 in April.  We knew statistically speaking that our time with the Bray & Kenzie would be limited.  Arizona being an Alaskan Husky and the youngest of the pack has only known other animals.  We opted to look into adopting a puppy to keep her company.
Wellllllllll......we went to get one puppy and came back with two 10 week old little girls.  We couldn't see separating them so Penny Marie and Jazmine Joy came home with us mid December. 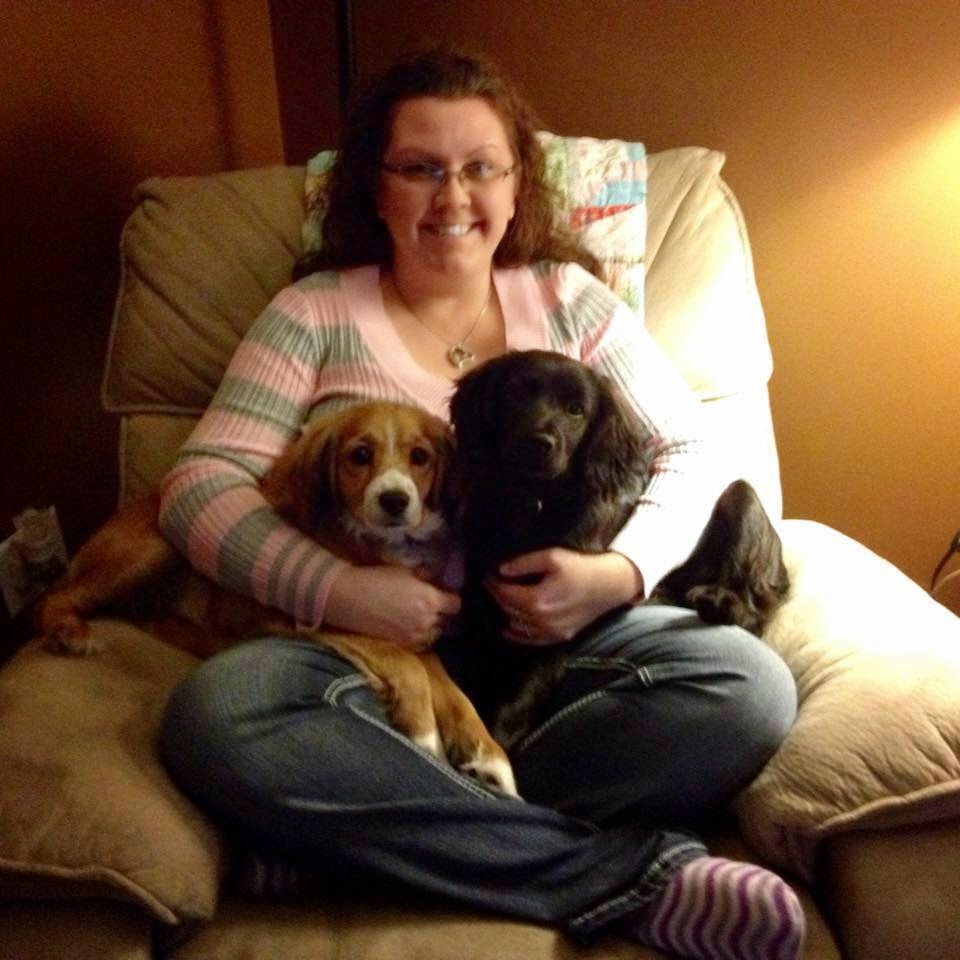 Time went on and we knew our home was complete again.  Arizona, McKenzie, & Brayden were adjusting well and loved their little sisters.  I had an appointment set up for Jazmine and Penny to get the last round of their booster shots and opted to have Arizona checked out as well.  She didn't seem to be eating very well. 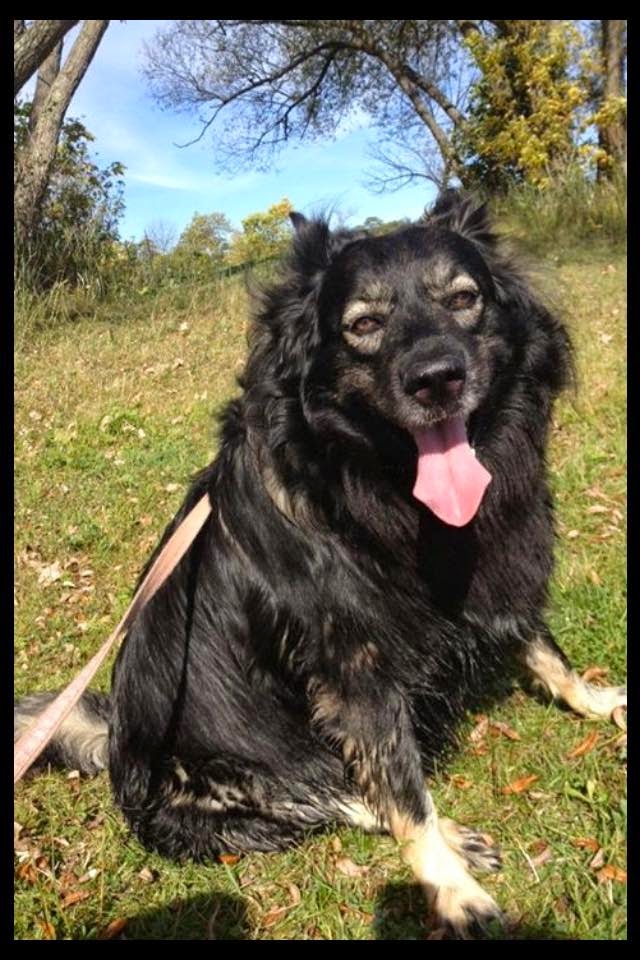 The vet did xrays and blood work on Zona and found a large mass in her abdomen.  We opted to do whatever it took to save our lil girl. I had a terrible pit in my stomach about what they found.  We opted to take a run in the semi with the pups.  I had a hunch this would be Zona's last ride.
We brought her for surgery two days after her appointment which was Wednesday,  February 17th.  I had to sign a waiver that if the mass in Zona's abdomen was not operable that she would not wake up from surgery.  About two hours after we dropped her off at the vet we were called....Zona didn't make it.  The mass was attached to everything.  We hopped in the Yukon and headed to the vets office to say our last goodbye.  Arizona Claire, just shy of her 8th birthday crossed the Rainbow Bridge on February 17th, 2015.


To say this past year has been rough is an utter understatement.  We continue to miss our pups and at the same time, we continue to enjoy every minute we have with our Brayden Michael, McKenzie Elizabeth, Jazmine Joy & Penny Marie 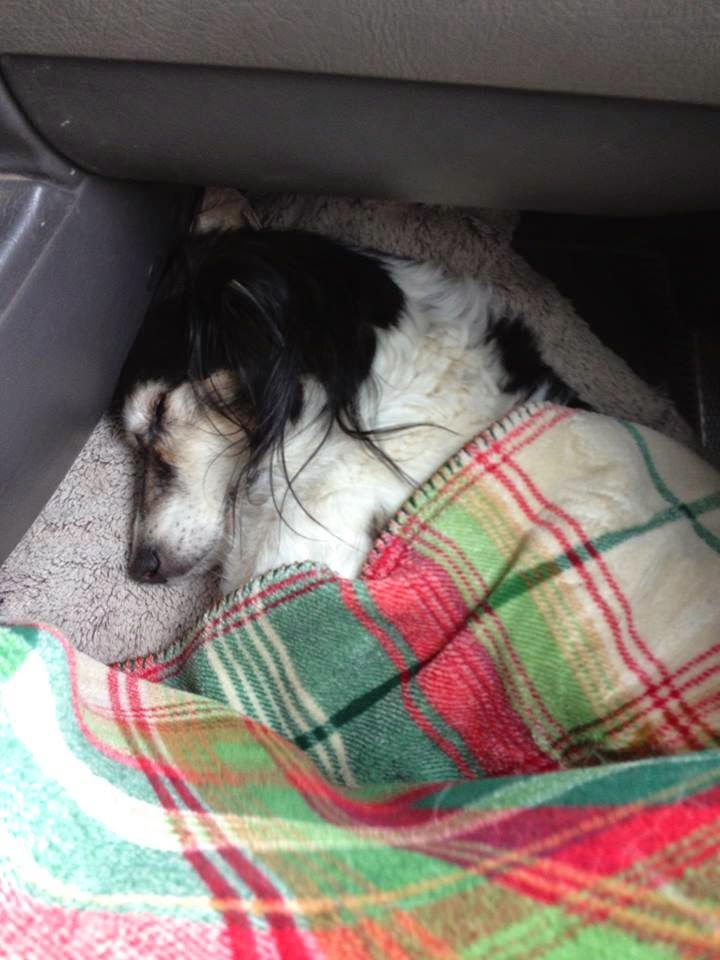 Brayden Michael continues to love big riggin even though he suffers from a vestibular condition. 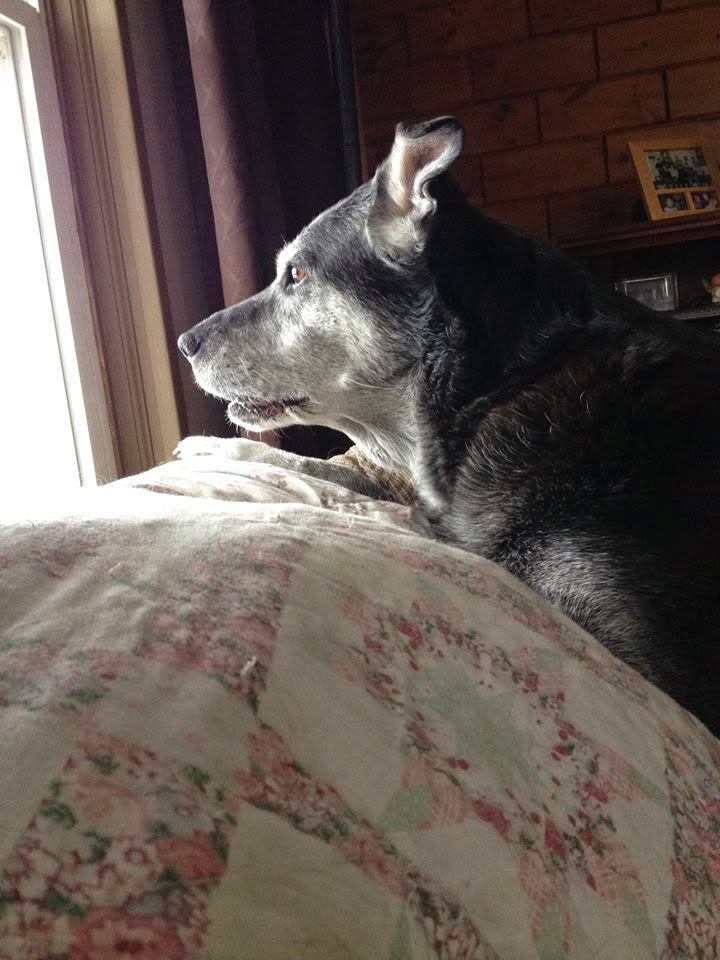 McKenzie Elizabeth still hops on the couch and barks at every possible thing that moves. 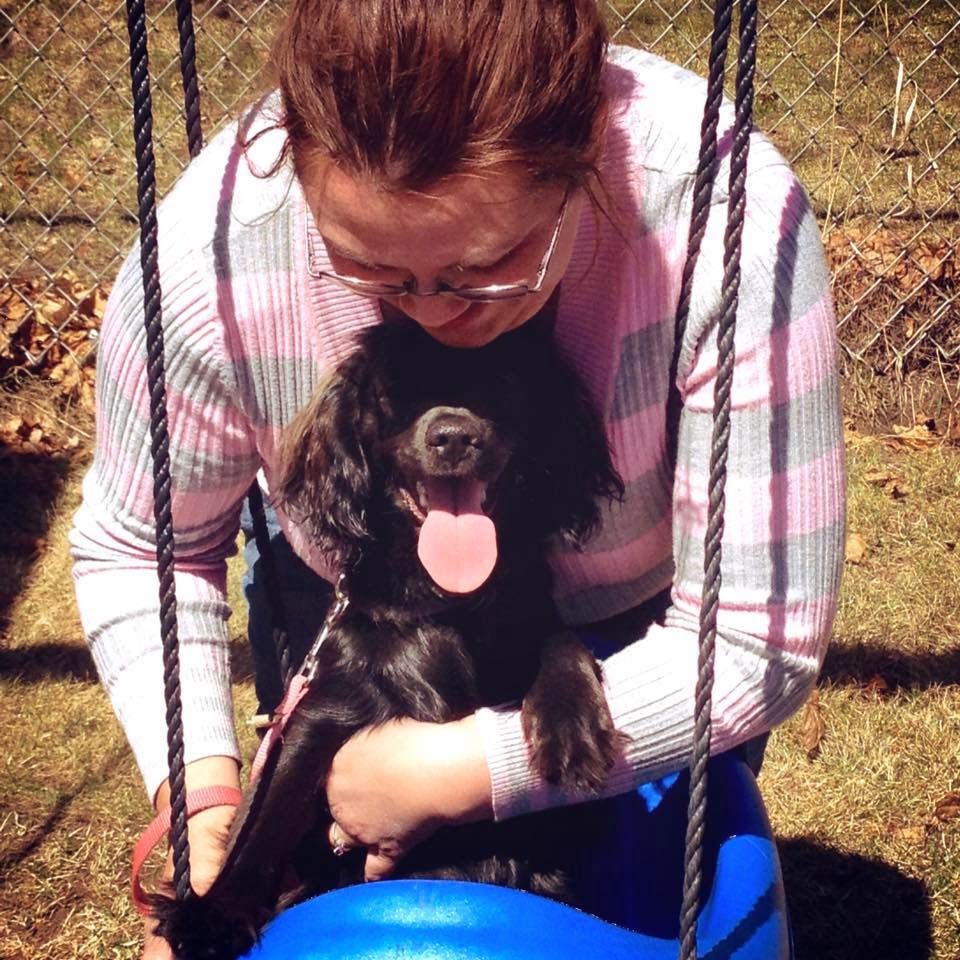 Last Week I took Jazmine Joy and Penny Marie for a walk (the older pups can't make it farther than a couple blocks at most these days). We ended up at my dad and step moms.  My little sisters and brother wore the puppies right out.  For hecklets I put the pups in the kiddy swing.  Oh my goodness they loved it!  Especially Penny!   Call me crazy, but, I am seriously contemplating on putting a swing like this up for our girls. 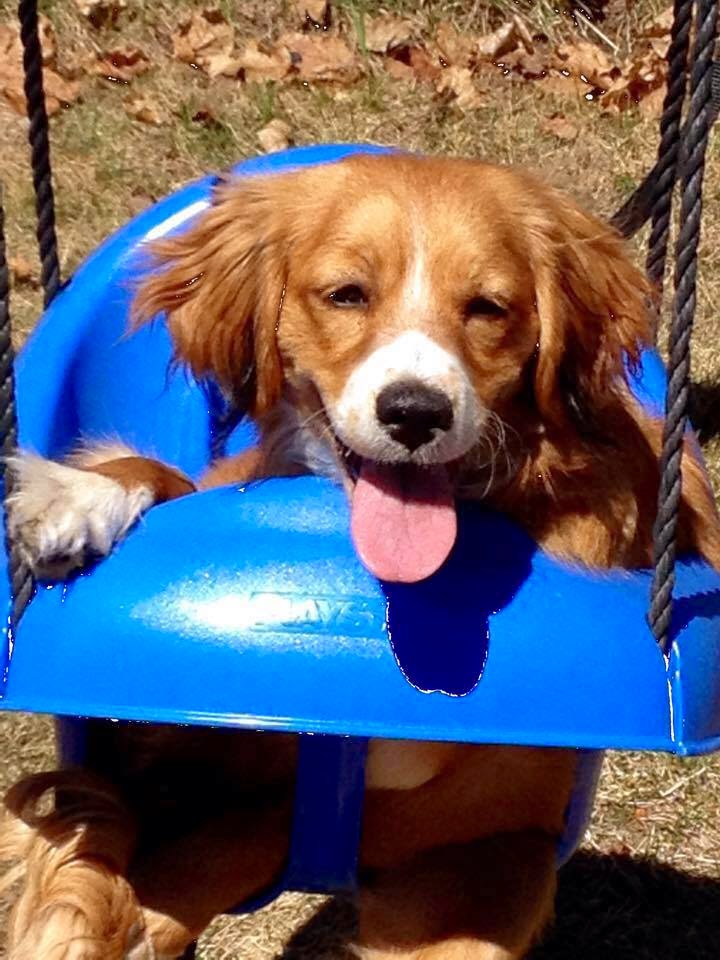 Times have and continue to change in the Woodbury casa.  Love remains and each day is an adventure.
Posted by Kathy at 9:43 PM

Hi Kathy, I'm so very happy you've posted an update. Bittersweet, for certain. Any dog that makes a home with you is blessed!